My Millennial Doctor Peers Think They’re Walking Into a Crisis

Hey man, just wanted you to be one of the first to know that I put in my 90-day resignation notice at the hospital. Planning to pursue exec MBA…”

I did a double take at this shocking text from an orthopedic surgery colleague who was also a close friend. What? He was quitting?

We had just slaved through 5 years of orthopedic surgery residency, 1 year of fellowship, and just passed our oral boards. We were now supposed to be living the dream. All of that delayed gratification: throwing away our 20s holed up in the library, taking call endlessly on weekends and holidays. We did it for the ultimate privilege of being attending surgeons for our patients one day.

I called him right away and he confirmed my suspicions about why he quit. As an employed physician in a hospital system, he felt that he was sadly just becoming a cog in the machine, a “provider” generating relative value units. Administrators who had never done a day of residency or even stepped foot in his clinic wanted to provide “guidance” on how he should practice medicine. Overall, he felt that medicine was a sinking ship on which doctors were losing autonomy quickly and that this was a path leading straight to burnout.

I felt I had to let the Twitterverse know.

This tweet went viral and it was clear that I was on to something. I had struck a nerve with many of my physician colleagues. Surprisingly, many physicians empathized with my friend and didn’t blame him for looking elsewhere in finding a fulfilling career. Some physicians even thought he was doing the right thing.

I was getting really curious. I followed up with a Twitter poll: “Physicians, are you actively making plans for early retirement or considering how to possibly exit medicine in the near future?” Sixty-five percent of physicians who replied were considering an early exit from medicine.

This poll result was consistent with my own observation that early retirement online physician groups are burgeoning. Physician Side Gigs on Facebook, which seeks to help “physicians interested in pursuing opportunities outside of traditional clinical medicine…as a way to supplement or even replace their clinical income,” has over 50,000 members. Another Facebook group, Physicians on FIRE, aims to help physicians reach “Financial Independence. Retire Early” and has over 4000 members.

It is difficult to determine whether these physicians seeking early retirement are just wishfully complaining or actually planning an exit strategy. Many physicians answering the Twitter poll clarified that they loved treating and helping their patients but that the system had just become too difficult to deal with. Did this many physicians really want to leave the practice of medicine? What does that mean for our impending physician shortage? Why do so many of us feel the urge to get out?

Many discussions with disenchanted physicians ensued after that poll. In these discussions, I have found several common reasons that have pushed my colleagues to leave medicine.

Devaluation of Physicians on All Fronts

Devaluation appears to be happening on many fronts, according to my discussions with doctors online. There is the use of the term “provider” to replace “physician,” which more of us are finding offensive.

Mid-level providers who are cheaper for health systems to hire are replacing physicians. Reimbursements from commercial payers are declining. Health policy “experts” unfairly blame rising healthcare costs on physicians and have pushed legislators to find ways to lower physician compensation further. There are fewer physician meeting spaces in hospitals, such as doctors’ lounges or physician dining rooms, which used to serve as important spaces for physicians to commiserate and collaborate.

Overall, I sense great disappointment and anger among physicians about what many perceive to be increasing disregard for the tremendous amount of sacrifice physicians have made to complete their training. Physicians increasingly regret all of that time away from family or dropping their personal interests and hobbies during medical school and residency.

Most shocking to me, however, is that physicians who speak out about such devaluation are often labeled “greedy doctors” by health policy “experts,” the press, and even fellow physicians (usually in the later stages of their career).

Personally, I’ve always wanted to be my own boss and I knew fairly early on in training that I wanted to enter private practice. I thought private practice would allow me to insulate myself from many of the forces that pushed my orthopedic surgery colleague to quit.

Mine is not the popular path, however, as the number of millennial physicians who are entering private practice has rapidly declined over the past decade. According to Medscape’s Residents Salary & Debt Report 2019, 22% of residents say they anticipate becoming either a practice owner or partner. According to a survey by the Physicians Foundation and Merritt Hawkins, only 31.4% of physicians identified as independent practice owners or partners in 2018. In 2012, independent physicians made up 48.5% of all doctors.

The survey even revealed that 58% of doctors do not think that hospital employment is a positive trend and concluded that “many physicians are dubious about the employed practice model even though they have chosen to participate in it, perhaps fearing that employment by hospitals will lead to a loss of clinical and administrative autonomy.”

I used to wonder why more of my millennial physician colleagues did not choose private practice as a career path and why so many were choosing hospital-based employment. A line I saw on Twitter sums it up: “Private practice is no longer about profitability. It’s about financial sustainability.” With greater consolidation within healthcare, independent doctors have lost much of their leverage when trying to negotiate fair rates with commercial payers.

In addition, the costs of purchasing an electronic health record and running a staff to deal with authorization and billing issues have made private practice extremely difficult. If more private practice opportunities existed, I am sure that my millennial colleagues would absolutely take them to maintain their independence. However, such independent practice opportunities continue to diminish, and millennial physicians may be pressured to take the only available positions: hospital employment with possible restrictions on autonomy.

Is Your Career Worth Your Own Life?

On average, one doctor a day in the United States ends his or her own life. Physicians commit suicide at a rate twice that of the general population, and over 1 million patients will lose their doctors to suicide every year. Pamela Wible, MD, who studied 1363 physician suicides, points out that “assembly-line medicine kills doctors” and that “pressure from insurance companies and government mandates further crush the souls of these talented people who just want to help their patients.”

Just a couple of months ago, my fellowship director forwarded me an email about a young orthopedic surgeon who had committed suicide, Thomas Fishler. He was known to be a brilliant surgeon whom colleagues and patients loved, and is survived by his young daughter. My fellowship director included in his email, “I know you have an awareness of the risks that those in our profession often face.”

Many physicians are crying for help and nobody is listening. Some sadly feel that the only way out is to end their lives.

Physician suicide is heartbreaking and screams crisis. What is driving brilliant doctors to the edge? I believe it’s further evidence of compounding external pressures that are making the practice of medicine increasingly intolerable. Many physicians are crying for help and nobody is listening. Some sadly feel that the only way out is to end their lives.

I get chills as I push the thought quickly out of my mind: Am I being subjected to this risk? All physicians have their tough days but I have never been anywhere close to being suicidal. But seriously—is it really worth it if I am at even a small risk of becoming that miserable?

Is There an Impending Crisis?

The average millennial physician completes training, looks around, and sees his or her profession in complete shambles. Burnout is rampant. Doctors are committing suicide daily. Many seem to be miserable over their lack of autonomy and loss of standing. The physician starts to take a hard look at the career they are about to embark on and begins to have serious doubts. Then the physician remembers that student loan debt. The average medical student loan debt in 2018, according to AAMC , was $198,000. There’s really no way out at this point; even if your job is going to make you miserable, you are going to push through because you’re on the hook.

And this is where I start to get seriously worried. We will have an entire generation of graduating physicians who will be subjected to forces that have never been present in medicine before. And these forces are actively causing distress and misery among some of my colleagues.

I know that my millennial colleagues have tremendous resilience and grit, as every generation of physicians has in the past. But how long will they put their heads down and fight against these ominous forces before they decide that they’ve had enough and jump ship just like my orthopedic colleague did?

Hope in Advocacy to Avert Crisis

Don’t get me wrong—practicing medicine is still the greatest privilege, and I know that every one of my millennial physician colleagues loves their patients dearly. I am honored that my patients entrust me to take away their pain and suffering in the operating room. I’ve studied and trained for 14 years to become an attending orthopedic spine surgeon; I’m not giving up this privilege that easily. And neither are most millennial physicians.

Millennials may be viewed as entitled, but many of us see that as “ comfort in advocating for themselves and questioning the status quo.” I believe that millennial physicians will not quietly accept the current state of affairs.

I see many impassioned millennial physician advocates becoming active in organizations like the Medical Society of the State of New York or the American Medical Association. These organizations already do excellent advocacy work, and I predict that millennial physicians will become a powerful force within such organizations to protect their profession. Through a unified voice, organized medicine is truly our strongest hope in enacting systemic changes that can prevent further physician demoralization and burnout.

We’re not giving up just yet. The crisis can be averted. Our patients and profession depend on it.

Daniel E. Choi, MD, is a board-certified orthopedic spine surgeon at Long Island Spine Specialists, P.C., and serves as the current chair of the Young Physicians Section for the Medical Society of the State of New York. You can connect with him on Instagram @spinedocny or on Twitter @drdanchoi.

We follow Medscape on Facebook
Any views expressed above are the author’s own and do not necessarily reflect the views of WebMD, Medscape or ASOS. 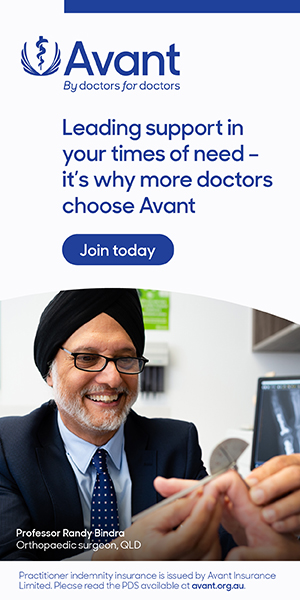